Do you ever wonder what is under your feet? Vaults, closes and chambers form a rich network of hidden underground architecture in Edinburgh Old Town. The unusual topography and history of the city led previous generations to build structures on top of each other, hiding entire parts of the city to the public.

From forgotten closes to bridge structures, hidden places have remained frozen in time. This article will explore how these came to exist and to be so well preserved within the always changing Edinburgh Old Town.

Millions of years ago, a glacier swept across what is now Edinburgh, taking with it any softer materials that it came across. The city was left with a “Crag and Tail” arrangement, the Castle Rock being the Crag and the Royal Mile the Tail. The Crag served as a shelter protecting the softer materials behind it, forming a tampered ramp, the Tail. The two valleys on each side of the Tail are now known as the Grassmarket and the Princes’ Gardens.

The challenging topography forced residents to build structures that would link different levels of the city. The soft sandstone of the Tail also made it relatively easy to dig underground.

In 1753, the City of Edinburgh obtained the right from the Parliament to undertake a series of improvements to facilitate its urban expansion. The steep ravine of the Cowgate had been an obstacle for years to the city’s expansion towards the south. Thus, Alexander Laing and Robert Kay were commissioned in 1788 to design the South Bridge and overcome this problem.

Niddrie’s wynd, Marlin’s wynd and Blair’s wynd were demolished to make way for the bridge, and some of their stone was used in construction of the vaults. As a matter of fact, part of Marlin’s wynd still survives underneath the floor of the Tron Kirk, and is scheduled to be exposed as part of the refurbishment works by Edinburgh World Heritage.

The bridge was engineered with 19 supporting arches, all but one invisible from the street. The vaults forming the arches were accessible for storage to the shop owners directly above it. However, the spaces suffered from poor sanitation and a lack of daylight. Moreover, water would leak through the walls of the vaults, so most merchants had left by 1790.

Between 1790 and 1874, the South Bridge vaults housed the poorest residents of the city. The structure is composed of about 120 vaults and it is estimated each vault would “welcome” 20-30 people; so between 2000 and 3000 people would live under the bridge. The sanitary conditions were so poor that life expectancy of a new resident was on average 6 months.

After being filled with rubble in the 19th century to discourage their use for nefarious purposes, the vaults were rediscovered in the and excavated in the 80s by Norrie Rowan, a former Scottish rugby player. He opened them up to the public through guided tours. They are famous for being the setting for numerous ghost stories thanks to their dark and mysterious atmosphere, as well as being the historical setting of numerous murders. Today, a number of bars use the vaults as their rooms, such as The Caves, Whistlebinkies, or Bannermans.

Mary King’s close holds a different story. Situated in the Old Town, the original street network constituted of ordinary closes. These narrow alleys and streets could have risen up to 14 or 15-storeys high, always closed by two gates, one at the beginning and one at the end of each street, giving sense to their Scottish name.

Like most of Edinburgh Old Town, during the 17th century the closes were arranged as tenements inhabited by residents of all social classes. The poorest would live in the lowest part of each close; small houses commonly known as Laigh house or Low house were inhabited by about 12 to 16 people from different families living all together. Nonetheless, the low class would have also lived in the Roof Rooms; organic timber extensions on the roofs of the tenements. The wealthier class lived in the middle of the sandstone structures, from the second floor upwards and away from the the waste thrown out to the close, but not too high up so they would avoid climbing too many steep flights of Turnpike stairs.

In the 18th century the Lord Provost, Georges Drummond, commissioned the construction of the Royal Exchange. The idea was to provide a “covered place of exchange” for merchants and traders. To highlight the importance of this public building, it was decided that the perfect location was to be the Royal Mile’s middle point, on top of Mary King’s close.

To save time and money, it was decided to build upon the four pre-existing closes: Mary King’s Close, Stewart’s Close, Pearson’s Close and Allan’s Close, rather than demolishing them; constructing an even foundation at the same level as the Royal Mile and using first storeys of the closes as the substructure of the Royal Exchange building. The Exchange was designed in 1753 by John and Robert Adam as a neoclassical building set in the middle of Edinburgh Old Town. It now houses the City Chambers.

The far-north end of Mary King’s close was demolished in 1853 during the construction of Cockburn street.

Ever since, the buried closes have been used for different purposes. After they were covered up, it became illegal to live underground, which is why people were evicted and monetarily compensated; however, it was still legal to work underground. Many people still had their workshops or shops beneath the new building, and they continued to use them for a while.

The City Chambers took absolute control of the building in 1893, in 1897 they decided to expand it, covering up the last part of the closes; still sky-open. Done so, they became the basement of the City Chambers, used for storage and the City Archives. The last person moved out from Mary King’s Close in 1902, 700 people in total were evicted from their homes.

The underground closes were equipped as a shelter during the second World War. It wasn’t until the 90s that the first touristic attraction opened the closes to the public. The Real Mary King’s Close attraction opened their doors in 2003. Today it is a place where visitors can experience how people lived within the closes back in the 17th century.

Edinburgh has literal layers of history, making for the richness of its architecture. The unique configuration of the city has forced men to be ingenious and build structures that are not always visible. Unfortunately, the majority of Edinburgh’s underground city is now gone, but we can remain hopeful archaeologists could still stumble upon a new hidden part of the city. Until then, legends of the underground city will continue to be a part of the burgh’s myths.

Intrigued to know more about the palimpsest that is Edinburgh Old Town? Take our Old Town audio tour, where the narrator will reveal how and why the city was constructed.

Hero image: Plan of the city and castle of Edinburgh / by Willm. Edgar architect anno 1765. Reproduced with the permission of the National Library of Scotland. 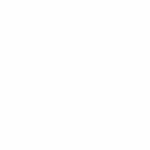